Kevin DuBrow, longtime lead singer of the band Quiet Riot, was found dead at his home in Las Vegas over the weekend from a cocaine overdose. DuBrow was one of the greatest rock singers ever to come out of Los Angeles and will be sorely missed. Quiet Riot made the seen in Hollywood in the late 1970’s with the also now deceased Randy Rhoads on guitar. A few years later they scored a big hit with the song “Cum On Feel the Noize”. Liquid Blue founders Scott Stephens and Michael Vangerov had a long and interesting history with Quiet Riot in Los Angeles. Vangerov and Stephens played together as teenagers in a Los Angeles band called Electric Warrior and once opened for Quiet Riot when Randy was still in the band. During this time Stephens was editor of “Raw Power“, a heavy metal / punk rock magazine (still in business today as RPMC) that featured Quiet Riot on the cover of their 2nd issue. The Raw Power magazine cover may have been the first cover story for Quiet Riot. Stephens and Vangerov often attended Quiet Riot shows at the Starwood in Hollywood and Randy Rhoads guitar playing has influenced Michael Vangerov ever since. In 1979 Raw Power interviewed Ozzy Osbourne who had recently been expelled from Black Sabbath and was looking for a new guitar player. During the interview the writers from Raw Power (Stephens, Robert Olshever and Murray Schwartz) suggested Randy Rhoades might be a perfect fit. Ozzy auditioned Randy soon after and the rest is history. Kevin DuBrow was bitter and never forgave Raw Power for being involved in the loss of his key guitar player. 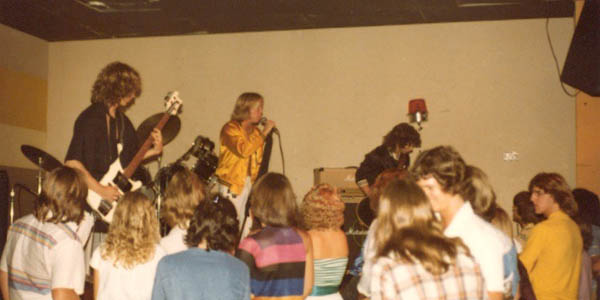