Music to MOVE you ®

Liquid Blue is the most accomplished and highly acclaimed party band in the event business. Numerous awards include “America’s Best Dance Band” at the National Music Awards, “Best Cover Band” at the San Diego Music Awards, “Pop Album of the Year” at the Los Angeles Music Awards and a Guinness World Record. The band has performed sold-out, ticketed shows on three continents.

Liquid Blue has performed in over 100 countries and hold the official world record for “The World’s Most Traveled Band”. With numerous albums and a single which hit the Billboard Dance Top-10 and Hot 100 Singles Sales Chart, Liquid Blue is the ultimate cover band (and so much more)!

The band specializes in private functions including Social Events; Weddings, Bar-Mitzvahs; Corporate Galas; Fundrasiers and other formal gatherings. There are numerous Southern California DANCE bands, PARTY bands and COVER bands but none have the international acclaim and recognition of Liquid Blue. 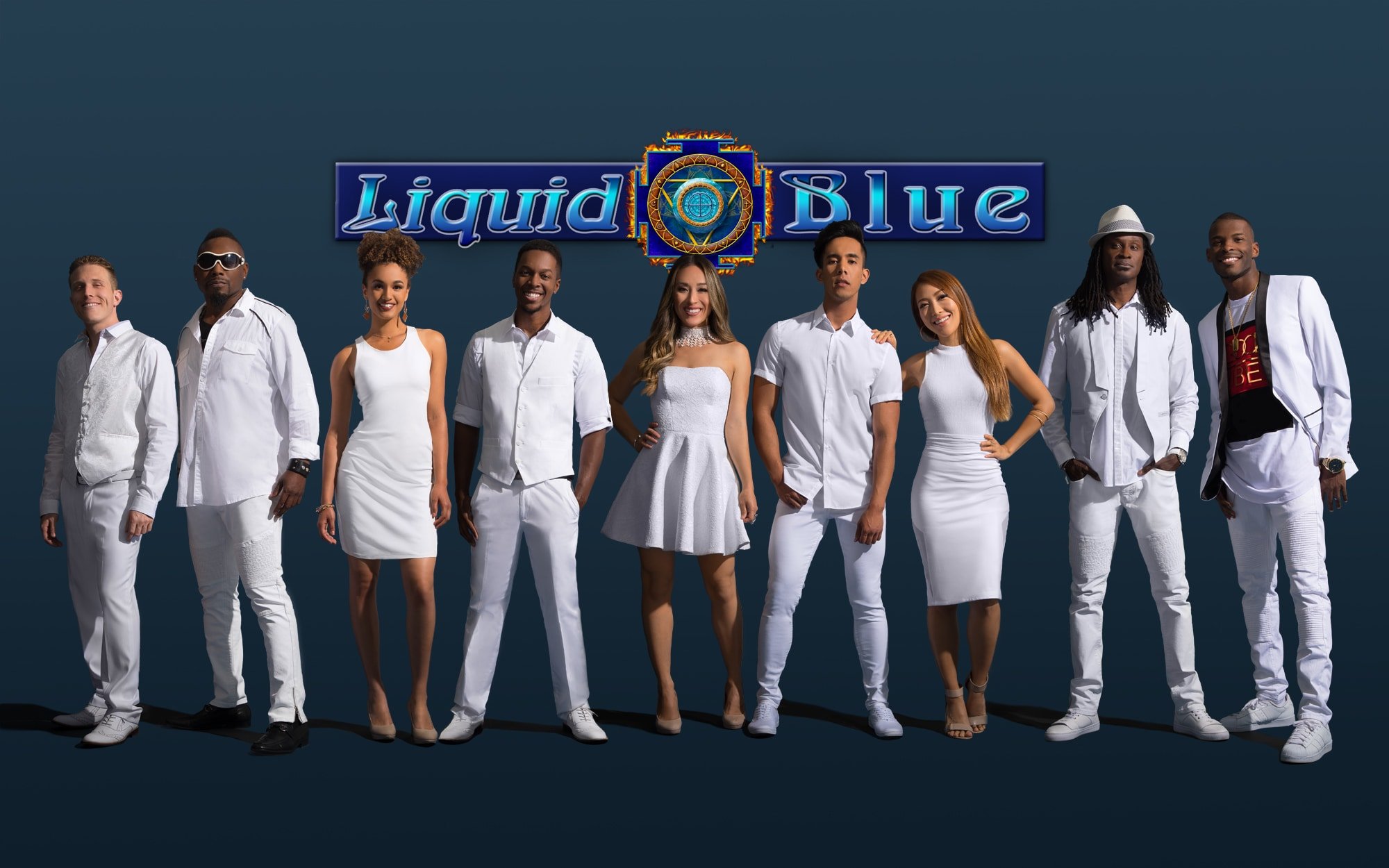 Entertainer of the Year

Entertainment Act of the Year

Pop Album of the Year

Watch Us in Action 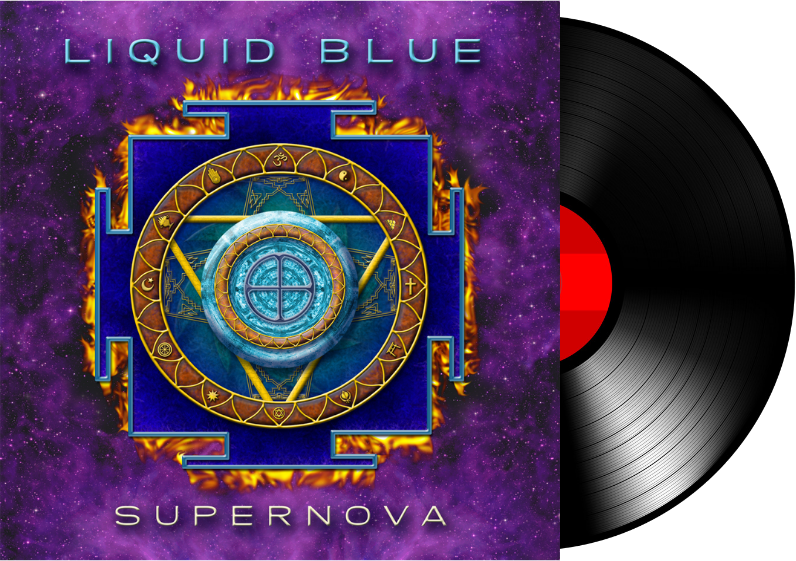 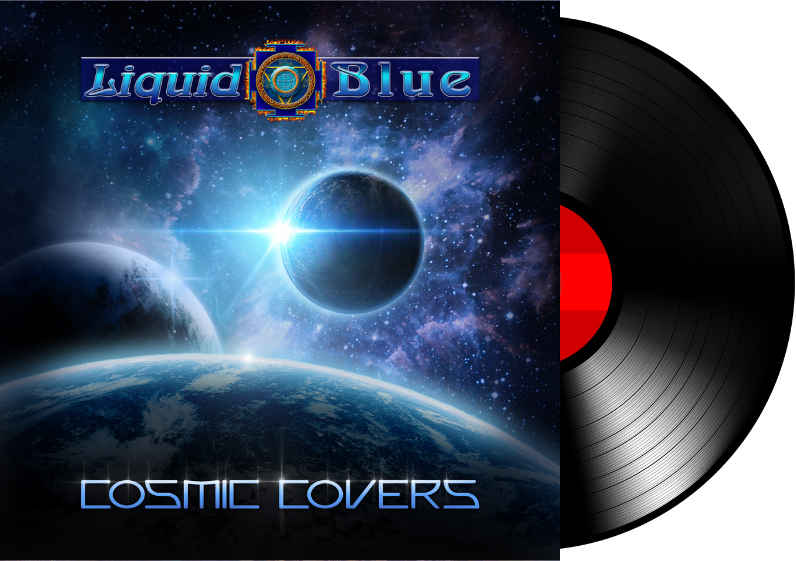 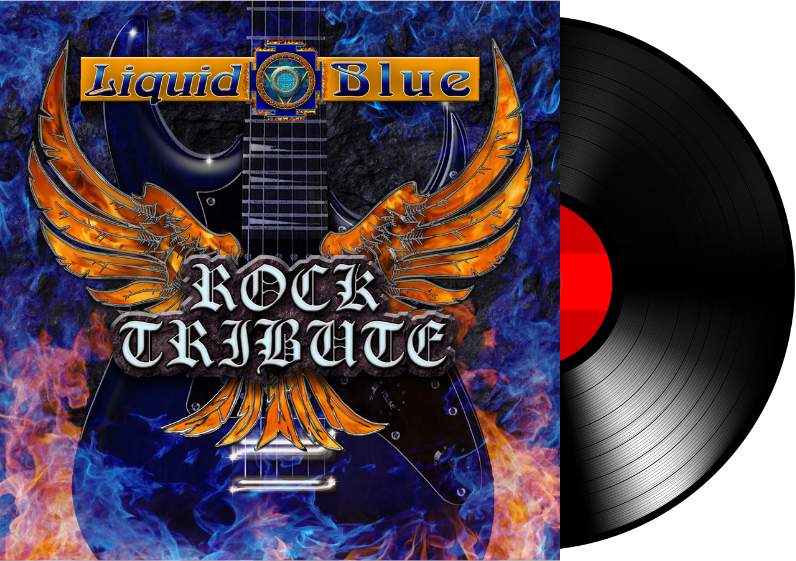 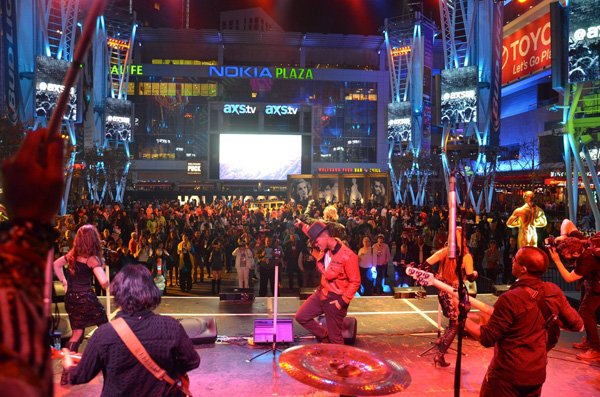 Oh, my god, the band was so AWESOME!! They were by far the highlight of an already amazing week. We are so happy with how everything went, Liquid Blue were the heroes of our favorite memory ever. Liquid Blue exceeded our wildest dreams!!! Everyone, seriously everyone, came up to me and said, “who are these guys and where did you find them?!?! Best wedding band ever!!!”

Liquid Blue was simply amazing!! Everyone is still talking about the band! True professionals and a pleasure from my end to work with from beginning to end … not to mention how TALENTED this group is! I cannot imagine Meghan Markle and Prince Harry will have a better band or their guests will have a better time then ours did on April 7th! As we say in Mobile, Laissez les bons temps rouler!!

Each time I’ve hired Liquid Blue they have totally captivated the audience. This is due to their talent & preparation. They send out questionnaires, find out what the client’s needs are, rehearse, prepare timelines, have extensive sound checks etc. so that everything is perfect before they ever walk out onto the stage. They recently performed at the biggest Fundraising Gala in Tulsa and went way above and beyond normal expectations. It was a USO themed event and they had the older guests out on the dance floor, within the first song (this just doesn’t happen anymore). When the party music started it was standing room only for 2 hours nonstop. If you have an important event then go with Liquid Blue if you want it to be flawless.

This is the second time in two years that we’ve had the pleasure of Liquid Blue’s no-break, non-stop 4-hours of rhythmic sounds and unbridled energy in New Orleans. This entertaining, high-energy band has music for all ages and do a fantastic job of layering multiple genres of songs into fun, energetic and musically profound medleys.

Liquid Blue is amazing to work with and always exceeds our expectations. This is the third year that we’ve hired the band to play at the annual Hong Kong Tatler Ball and they just keep getting better and better. We had guests young and old dancing the night away. I highly recommend this band if you want to get your guests out of their seats and onto the dance floor.

I have been around music my whole life and in the business of booking/managing talent in the past and this group is exactly what we needed. It was a honor to have this band perform on behalf of our company and we hope to book them again in the future. Hands Down one of the best cover bands I have witnessed.

We had Liquid Blue for our summer wedding and were blown away by the outcome. Fantastic doesn’t begin to describe them. The caliber of their group is top notch. Everyone one was dancing, and they didn’t take any breaks. Everything from planning ahead of time, to learning our first dance, to rocking it the day of was above professional. Don’t settle for 2nd tier wedding bands.

As a meeting planner, we love hiring this band for corporate events! We have hired them twice now and both times they have been such a hit. They get people moving and having fun instantly. They play a wide variety of songs to connect with all ages. I can’t wait to hire them again!!!! They are so professional and easy to work with. We love them!

Liquid Blue headlining the 65th anniversary of the Los Patronas Jewell Ball, was amazingly creative and versatile – they showed commanding intensity and artistry combined with a smooth synchronicity that looked absolutely effortless on stage – engaging the guests with an incredible performance that rocked the dance floor ’til the last note. Liquid Blue is much more than a group of performers – this is a multi-talented band of extraordinary entertainers. Dancing went non-stop until 1AM. This is one Jewel Ball that will go down in history! –San Diego Social Diary Magazine

I had read all the great reviews about Liquid Blue being “The Entertainment Act of the Year” and “Best Party Band, Best Cover Band” but truly I cannot say enough as to how amazing they were for our Fundraising Event. Professionally, I handle Sports Celebrity Events all around the Country which entails booking the actual Bands that Liquid Blue covered and I can say with full confidence that Liquid Blue performed their songs equally (and in some cases, much better) to the original Artists. They were entertaining, constantly engaging and most of all, got our entire group up and dancing…which has never happened in all the years of this Event. Our Board has already had discussions to just make Liquid Blue our performing act each year for our Event. As one Board Member (who just happened to be the conductor for the San Diego Symphony) mentioned, “When you have the best, why look around? Anyone else would be a huge let down after this year.” Unless you have the budget to book the Rolling Stones, Black Eyed Peas, The Beatles, Lady Gaga, Neil Diamond, Pearl Jam, U2 (and the list goes on and on with their incredible range), why not book THE BEST to perform as them?!! 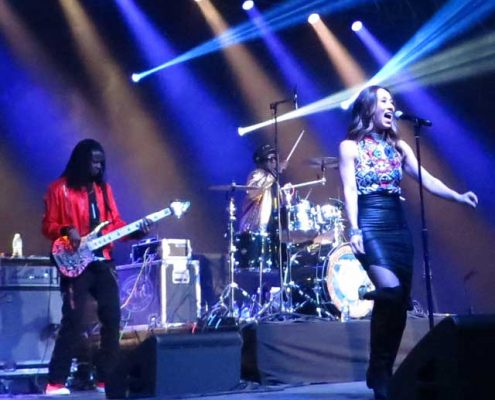 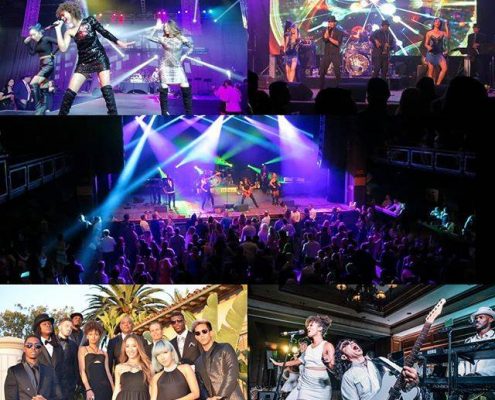 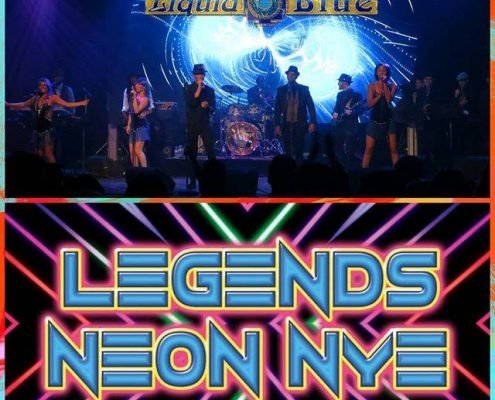