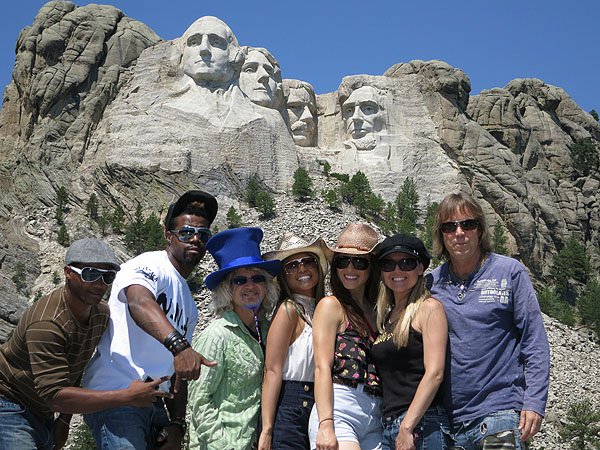 The band hit the road for a month, July 18th through August 11th performing 13 shows in seven Western and Midwestern states including: Pebble Beach CA; Livingston, Montana; Rugby, North Dakota; Omaha, Nebraska; Le Mars, Iowa; Rock Springs, Wyoming and Sturgis, South Dakota. Along the way the group visited Yellowstone National Park; Mount Rushmore; Crazy Horse Memorial; Devils Tower and many other historic sites. During the Wild West Tour the band drew large crowds but the tour had its share of rock & roll insanity. performers got two speeding tickets within the first week; a band member was knocked out cold just before a performance after entering into Extreme Fighting; there was a gun pulled at an event in Wyoming involving a band member; another band member walked right up to a Buffalo in Yellowstone (and survived) and much more. Below is one of many newspaper articles written about the bands appearance and below that is a photo from a show in Rock Springs, Wyoming.