Quote: “By most standards, the North County dance-pop band has had a bitchin’ year that included a 60-country world tour, inclusion on the Peace Not War II benefit CD alongside the likes of Jane’s Addiction and Le Tigre, and the release of their debut album Supernova. Their song “If You Gotta Ask” was named the official campaign theme song of ill-fated presidential candidate Ralph Nader, and their tune “Real”—partially a tribute to Senator John McCain—resulted in an invitation to meet the Arizona politician on Election Day”. Click here to read full story 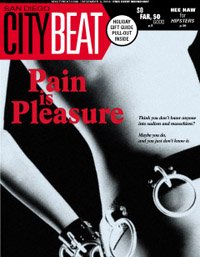 Arms Of Love Selected As Track Of The Day