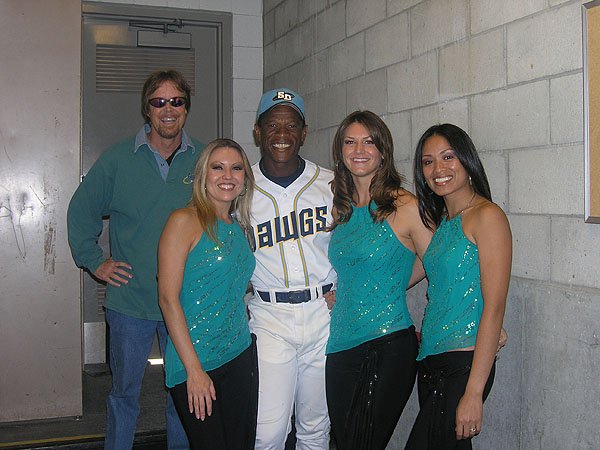 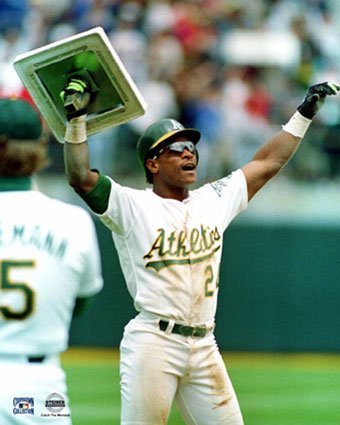 With Rickey Henderson being inducted into the Major League Baseball Hall of Fame of this date, we decided to re-publish this photo of Rickey and Liquid Blue from May 31st, 2005. Henderson is baseball’s all-time leader in runs scored, stolen bases and leadoff home runs. He was the leauge MVP in 1990 and a ten-time all-star. Rickey played on two world series champions. He also won a gold glove in 1981. We met Rickey in 2005 during his very last season as a professional ballplayer. On May 9th, 2005, a the age of 46, he signed with the San Diego Surf Dawgs, an independent league and on May 31st Liquid Blue (the BlueGirls) were asked to sing the National Anthem at a “Dawgs” home game. A meet and greet with Rickey was arranged and he graciously spent a few minutes with the group before the game. Finishing his legendary career on a high note, Rickey helped the Surf Dawgs to the league championship. He had a on base percentage of .456 with 16 steals in 18 attempts. At 46!!