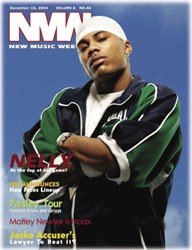 Real, a song that has reached number one on two different Indie charts, has now charted in New Music Weekly, reaching number 16 on the Up & Coming Chart. The song also made the “Most Added” chart, as it was the 11th most added song to radio playlists in the USA this week. NMW is one of the “big four” chart publications which include Billboard, Hits and Radio & Records.

Kashmir Selected As Track Of The Week