Liquid Blue made another trip to China in February during Chinese New Year / Spring Festival. The band performed at the opening ceremony of the Sanya Music Festival on Hainan Island in the city of Sanya on February 17th. The concert was carried live by CCTV, China’s #1 network and was viewed by millions. This is the third trip to China for Liquid Blue, who first performed in Dalian, China in 2002. The band also performed in Shanghai in 2005. Photos from Sanya Concert. 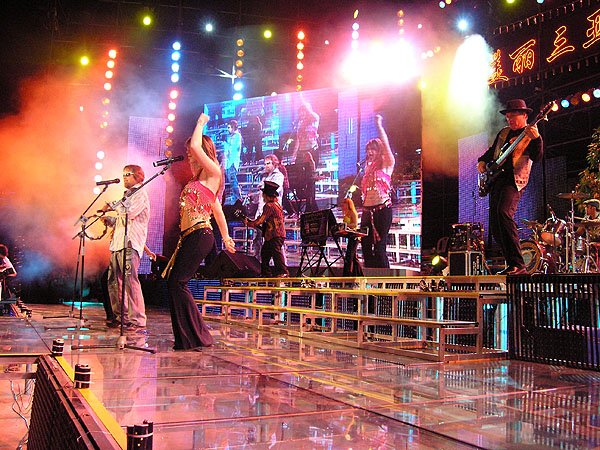