Liquid Blue headlined “Rally Monday” at Petco Park on Monday, October 2nd. An estimated 5500 Fans celebrated the Padres success and playoff berth in the 2006 season. The event was a Major League Baseball kick-off for the playoffs and San Diego had the largest Rally Monday crowd in the country. The event featured current and past Padre players and was carried on live TV by Channel 4. 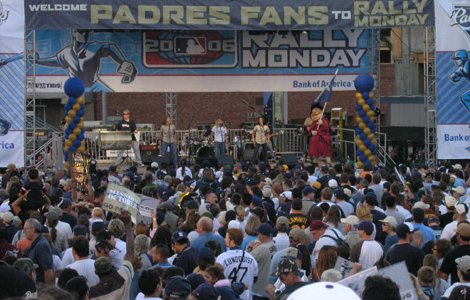 FM 94.9 DJ Midori To Be Voice of Liquid Blue Radio