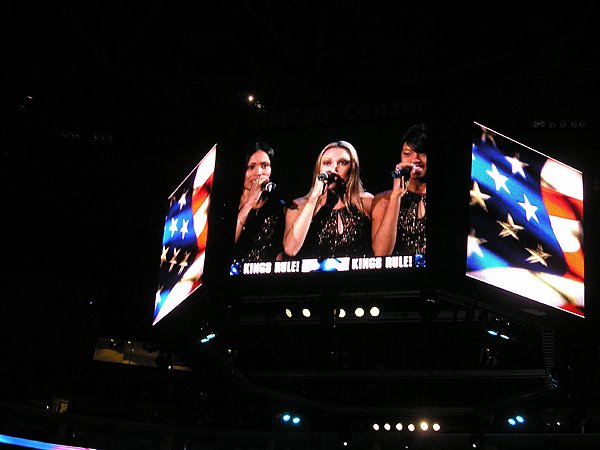 All of us that hail from Southern California celebrate the world champion Los Angeles Kings who won their first ever Stanley Cup on June 11th. Kings fans waited 45 years for the cup to come to Los Angeles. Not even Wayne Gretsky was able to bring it to the city of angels during his tenure. The Kings started as the 8th seeded team but then dominated in the playoffs. The photo below is the BlueGirls singing the National Anthem at a past Kings home game at Staples Center.  Liquid Blue members are frequent guest singers at Staples Center and have sung there for the NBA Lakers and Clippers; the WNBA Sparks as well as the NHL Kings.

Band on Main Stage at Rock and Roll Marathon