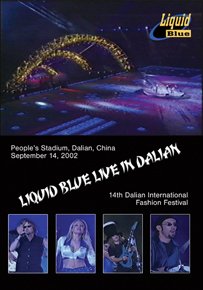 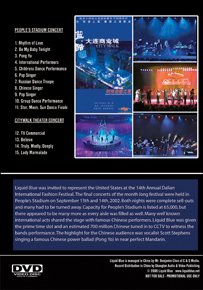 it’s been 3 years but the band has released a DVD of their spectacular shows in the fall of 2002 in Dalian, China, at People’s Stadium. The show was a sell-out and attended by over 65,000 fans as part of the Dalian International Fashion Festival. This concert was broadcast on CCTV to an estimated 50 million viewers. The DVD is not for sale in the USA. This DVD will debut on March 26th during the band’s 10th Anniversary Celebration at La Paloma Theater in Encinitas.