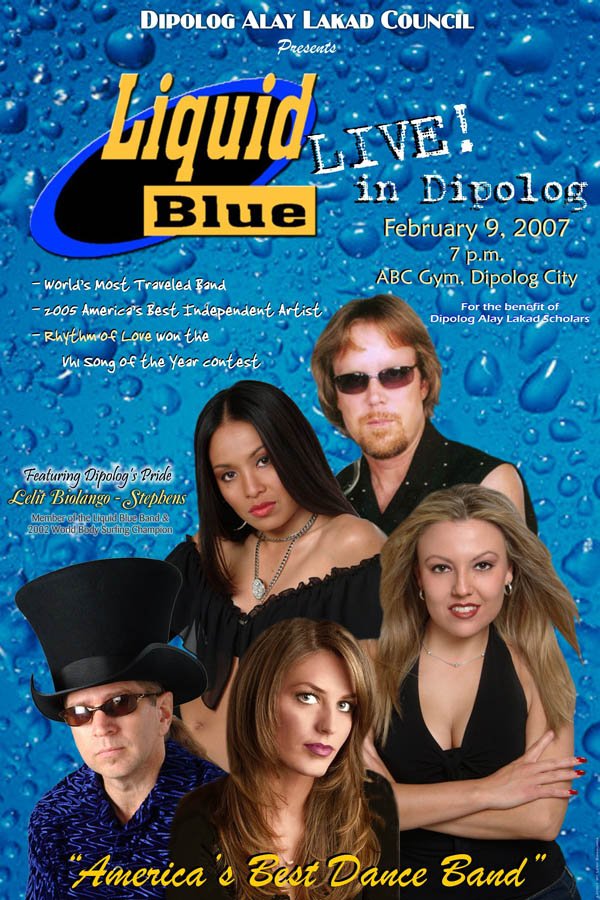 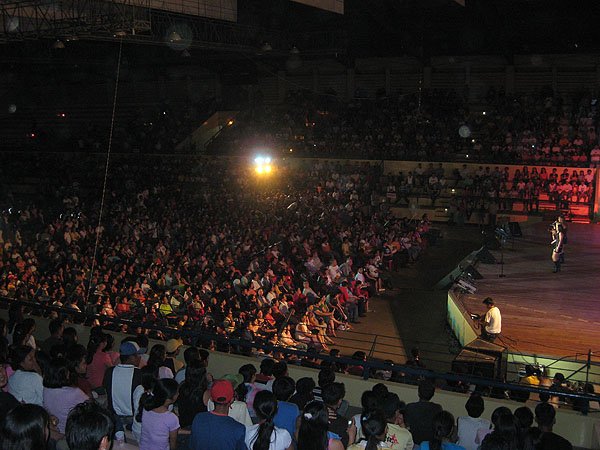 In February, Liquid Blue returned to the Philippines for the first time since 1997. The band performed a sold-out concert at 6000 seat Andres Bonifacio College in Dipolog City. Several songs from Supernova received heavy airplay in Dipolog. The city of Dipolog is hosted the event and will presented a parade with a motorcade in the bands honor the day of the concert. This was a historic moment for the city of Dipolog (pop. 100,000), as this was the first time a band from outside the Philippines has performed there. The city was plastered with billboards and posters advertising the event. Several local radio stations including DXFL-FM 88.9, hosted interviews with the band on Feb 8th and 9th. The band was mobbed by friendly fans prior to and at the concert. BlueGirl Layla Loxa grew up on nearby Aliguay Island the Dapitan region and had a large entourage of family and friends attending the event.