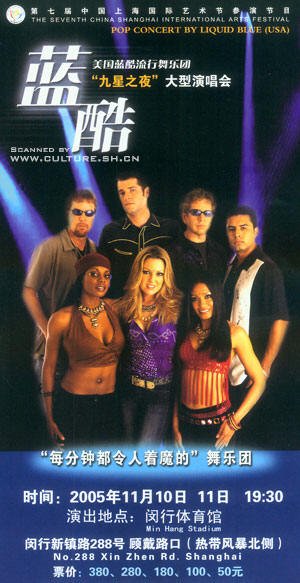 Liquid Blue made history by being the first group to perform in the newly built Minhang Arena in Shanghai, China. The band sold out two consequtive shows with no opening act. The band performed a 90 minute set that included most of the songs from Supernova, including unplugged acoustic versions of “Real” and “If You Gotta Ask”. Nikki Green did a stunning cover of John Lennon’s “Imagine” and the band also performed four Chinese songs, to the delight of the crowd. Hollywood mayor Johnny Grant accompanied the band at the start of the tour.