New Music Weekly, features a cover story on Liquid Blue in their Jan 14th issue. The past three cover stories have featured artists such as Nelly & Alicia Keys. New Music Weekly was named “Magazine of the Year” at the L.A. Music Awards this month. Here are quotes from the cover story: “Liquid Blue is the pre-eminent new talent on the pop scene today. The bands debut album, Supernova, is a ground-breaking work and is our pick for album of the year. The album is loaded with potential AC & CHR hits. The band has been getting a lot of critical acclaim as of late and the word on this new act has been spreading fast. Their combination of Middle Eastern & Western sounds puts the band at the forefront of what could be the next big thing. The lyrics are as intriguing as the music; intelligent music for the masses. 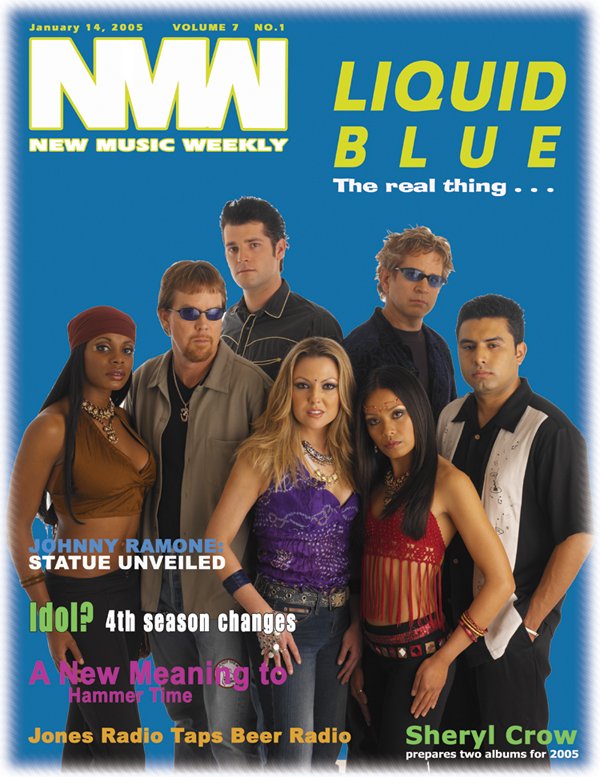