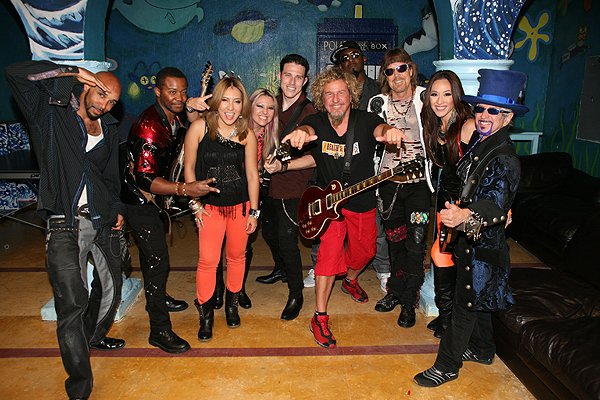 Hagar, the man who won’t drive 55, member of the Rock and Roll Hall of Fame, Grammy winner and former Van Halen front man, is currently embarking on his fourth platinum project with Chickenfoot. He picked local rockers Liquid Blue to back him at this San Diego Fundraiser and will perform some of his biggest hits from Van Halen; his solo career and even his first group, Montrose. Following Sammy’s performance, Liquid Blue will continue to perform with an additional set of music. 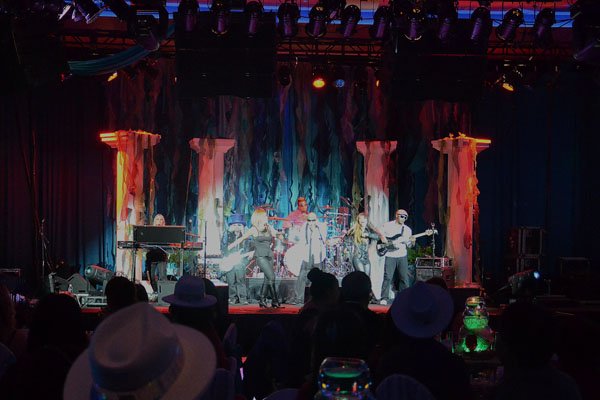 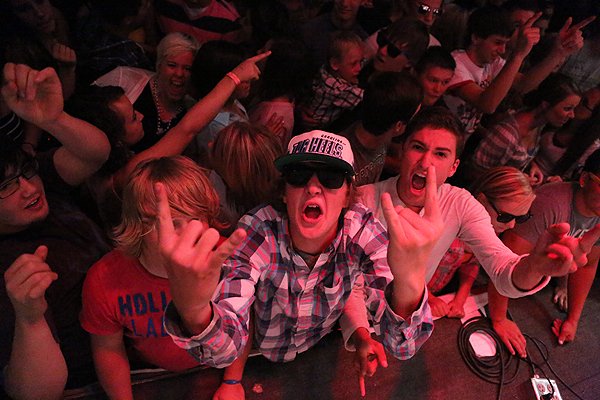 Liquid Blue had a big year in 2012, performing 123 shows in 50 cities. The band toured 23 states, more than in any previous year. During the year the band reached two milestones: 500 Cities and all 50 states. The world’s most traveled band visited the following sites during their travels: 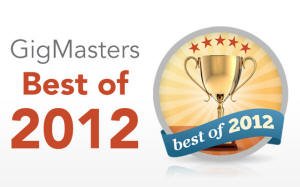 Liquid Blue had been chosen for their 4th Gigmasters award, winning “Best Of” for 2012. GigMasters is the number one online event entertainment booking service in the world. The band also won their “Rising Star” award in 2007, 2010 and 2011. 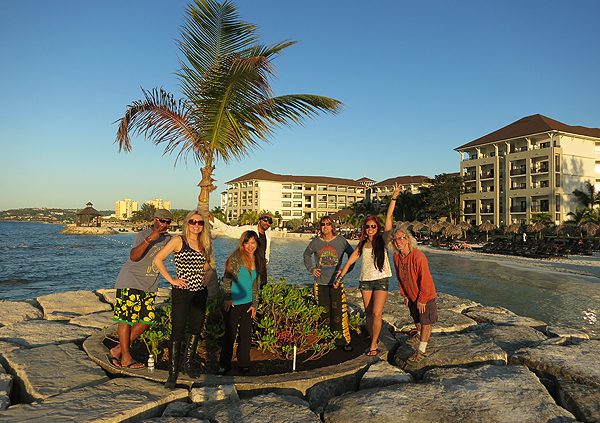 Liquid Blue entertained as well as relaxed at Secrets Wild Orchids Resort in Montego Bay. It was the 116th country visited by the world’s most traveled band and the first trip to Jamaica. 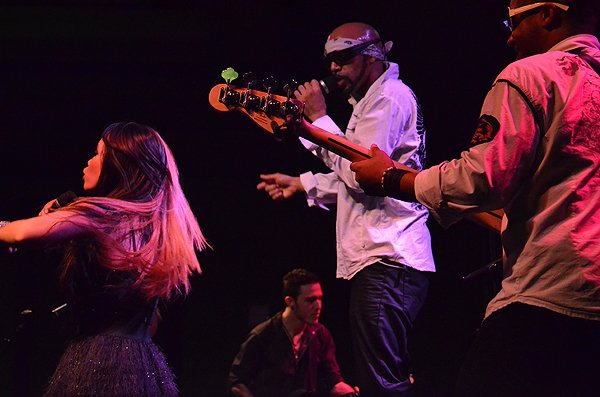 Liquid Blue was in New Orleans as Mardi Gras got kicked off. The band spent some time on Bourbon Street prior to a show in the French Quarter Area. 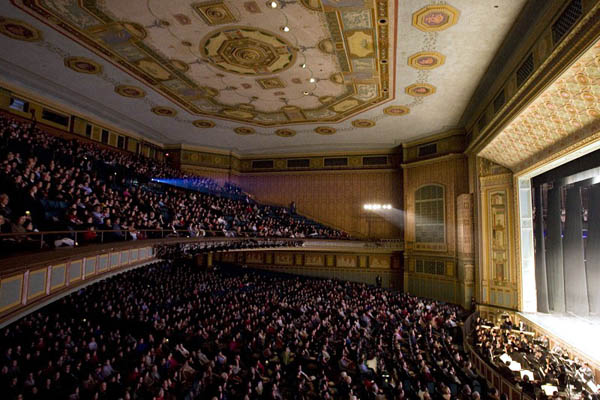 Liquid Blue performers Gina, Jenny and Scott will be featured performers for the Chinese New Year Celebration at the Pasadena Civic Auditorium Jan 26th. Liquid Blue has performed to sell out crowds in the past at the legendary civic. 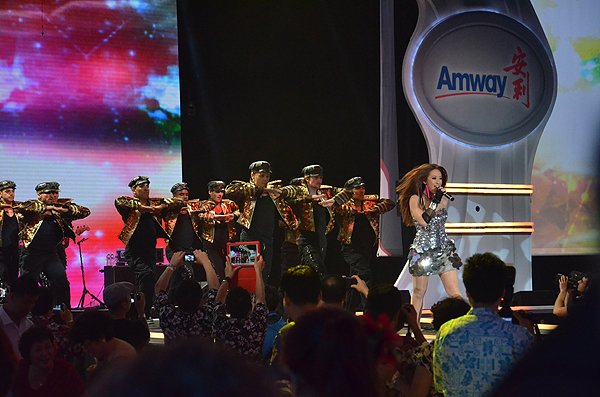 Liquid Blue was in Oahu, Hawaii for five days starting Jan 28th culminating with a show at Pearl Harbor. The Gala for Amway China was held Feb. 2, 2013 at Historic Hanger 79 located in Hawaii’s Pacific Aviation Museum at Pearl Harbor. It took over 200 Production Technicians, Set Designers, Actors and Dancers two weeks to load in and prepare for this large-scale event. 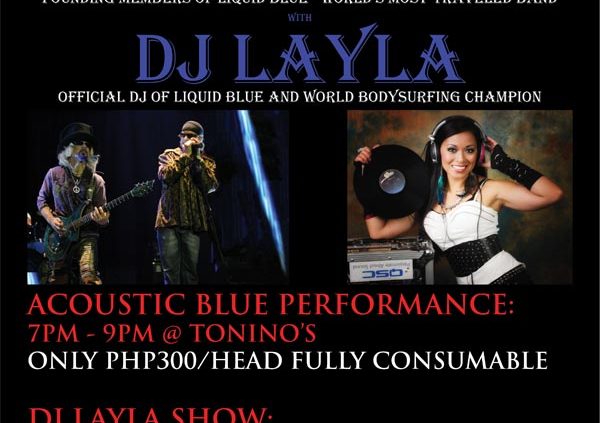 In 2008 Liquid Blue became the very first foreign act to perform in Dipolog City and performed at a sold-out show for over 5000. This year on the 100th anniversary of the city, performers (Acoustic Blue) have been invited back for a special intimate dinner show followed by a dance party 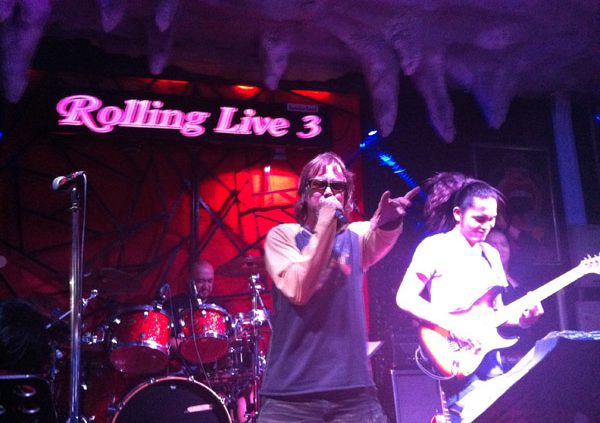 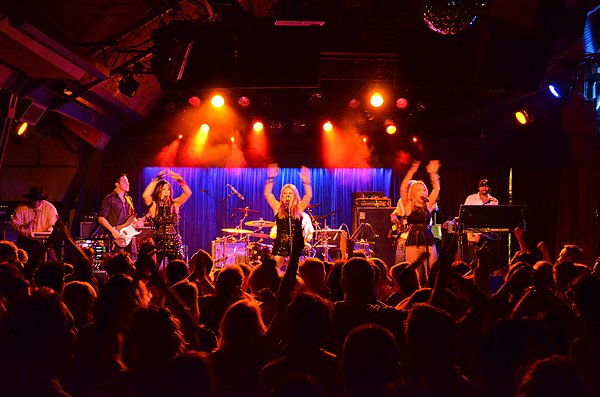 Liquid Blue once again packed the Belly Up Tavern in Solana Beach CA on March 1st. The Belly Up is one of two night clubs the band performs at regularly (the other is Club M at the Grand Del Mar). Performances are every-other month with the next one at the Belly Up is May 24th.

Liquid Blue headlined the “Harmony at the Hard Rock” event held at the Hard Rock Cafe in Las Vegas on March 11th. This industry event was presented by Event Solutions/Catersource and was sold-out days in advance, drawing over 1700. 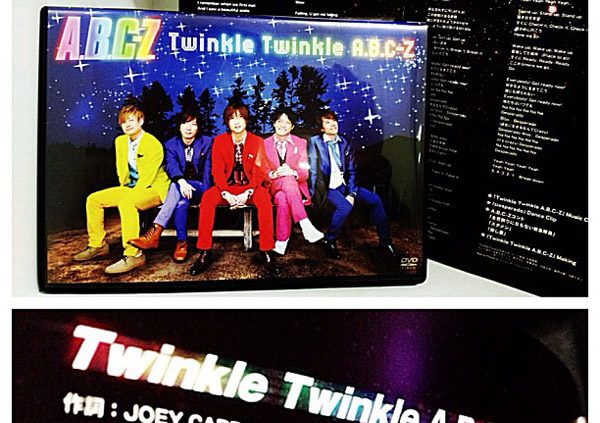 Singer/Songwriter Jayda Jeon collaborated with successful composer and producer Joey Carbone and they co-wrote the song “Twinkle Twinkle A.B.C.-Z” for the Japanese boy band A.B.C.-Z out of Tokyo on Pony Canyon Records (a major leader in the Japanese music industry). The song was released on DVD along with a video in this month; March 2013. 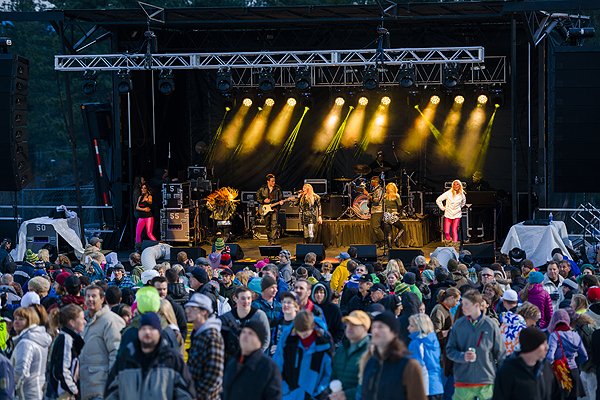 Liquid Blue stayed five nights at Harrah’s Resort at the base of Heavenly Mountain and performed at the USSA Freestyle Championship on March 30th. Winners of this event often go on to the Olympics. 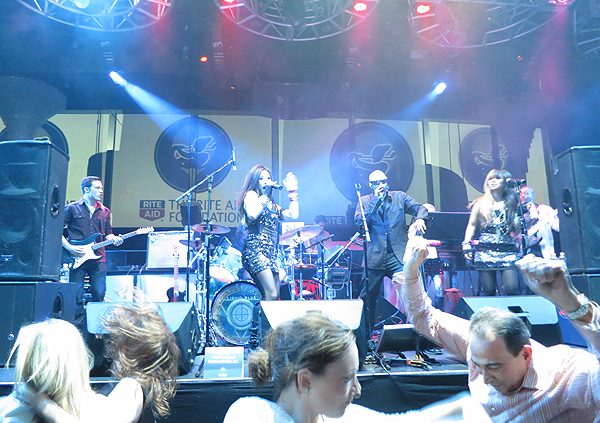 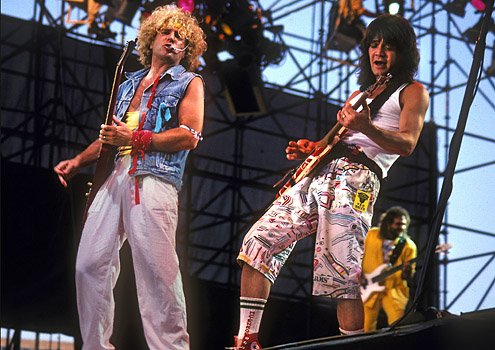 He is the multi-platinum Red Rocker, the outgoing, bombastic front man of hard rock champions Van Halen, the man who won’t drive 55, member in good standing of the Rock and Roll Hall of Fame, currently embarked on his fourth platinum career with his supergroup, Chickenfoot – the one and only Sammy Hagar and he will join Liquid Blue on stage for several songs on April 20th at Bishops School in La Jolla. 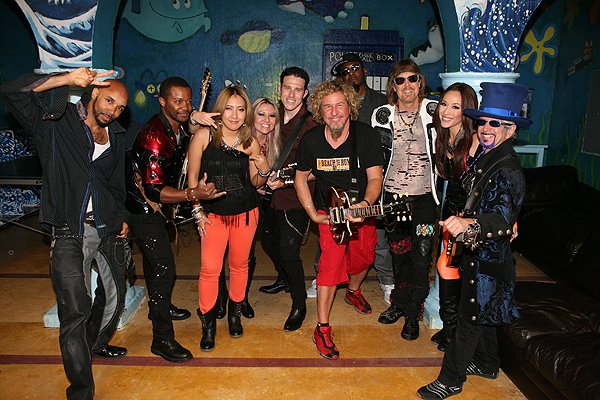 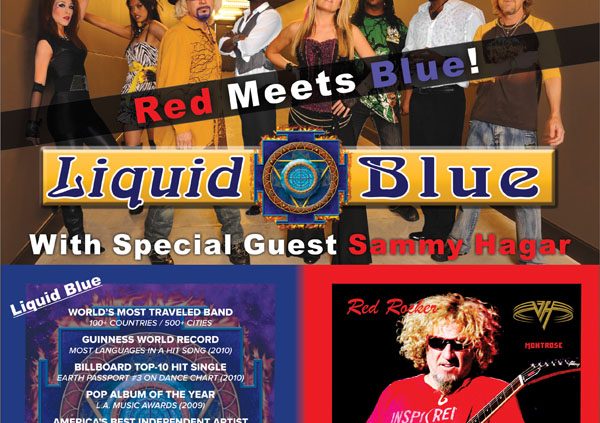 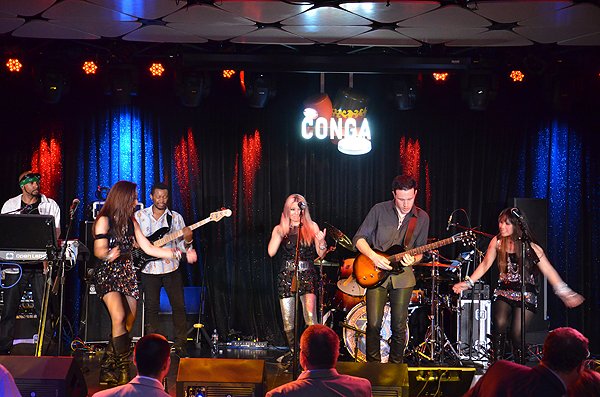 Aidan Spencer jams for a packed house in Los Angeles at the Conga Room.