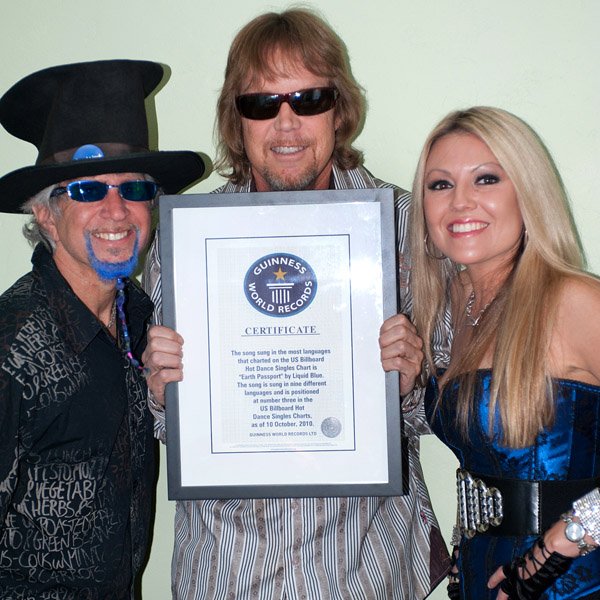 Liquid Blue has received a Guinness World Record for Earth Passport. The official title of the record is “Song Sung in the Most Languages – Billboard Charts”. Earth Passport was sung in more languages than any song ever to reach the Billboard Charts. The languages include: English, Arabic, Hindi, Mandarin, Spanish, Russian, French, German and Tagalog. All six official United Nations languages are used in the song. Madonna also recorded a hit song in nine languages but they were spoken, not sung.