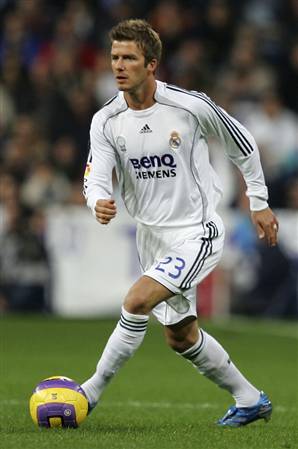 The BlueGirls have been chosen to sing the Star Spangled Banner for the biggest soccer game in Major League Soccer history. David Beckham will make his MLS/ Los Angeles Galaxy debut on July 21st and the BlueGirls will sing the National Anthem to kick-off the historic game. The team recently signed the English superstar Beckham, who is by far the most recognizable soccer star ever to play for a U.S. team. At over $250 million, Beckham’s contract is one of the largest in sports history. He is married to former Spice Girl and model Victoria Beckham, who will be in attendance. The game is expected to sell out and will be televised internationally. The BlueGirls also performed the anthem for the Galaxy’s opening game in 2006.