Liquid Blue performed at perhaps the bands biggest show ever (in terms of international exposure) on New Year’s Eve in Beijing China in the first televised event for CCTV’s new All-Olympics channel, CCTV-5. The sold-out concert featured many of China’s biggest stars and was held at the 8200 seat China Agricultural University Sports Arena in Beijing, which will host the Wrestling competition at the 2008 Summer Games. The event was televised not only on CCTV-5 but also CCTV 1, 3 and 9 as well and seen by millions of viewers. See photos 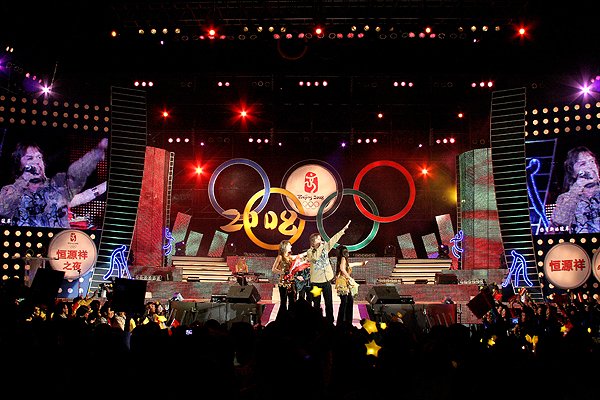