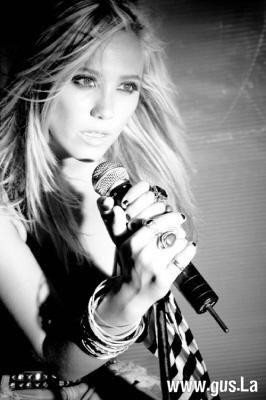 From former Bluegirl BC Jean’s MySpace Page: New York, NY — March 23, 2009 — After being heavily pursued by multiple record labels, BC Jean, a hit-making songwriter and gifted vocalist, has signed a recording deal with J Records. BC has been buzzed about as the co-writer for Beyonce’s poignant, mega hit “If I Were A Boy,” and has a slew of other songs penned for her debut album, anticipated for release at the end of 2009. A San Diego native, BC is currently in the midst of recording material in Los Angeles and New York for her debut album with superstar collaborators Dallas Austin (Gwen Stefani, Pink), The Matrix (Christina Aguilera, Avril Lavigne), Zac Maloy (David Cook), and Toby Gad (Fergie, Beyonce), who also co-wrote “If I Were A Boy” with BC. BC was signed by the legendary Clive Davis who signed Janis Joplin and many other mega stars.

BC Jean is the fourth BlueGirl to gain notoriety recently. Current BlueGirl Jessica Manning advanced to the finals in Chinese (Taiwanese) Idol in December 2008. Miz Mandy had two Billboard Top-40 dance hits in the past couple years. Another current BlueGirl Layla Loxa, won the World Bodysurfing Championship in 2003.