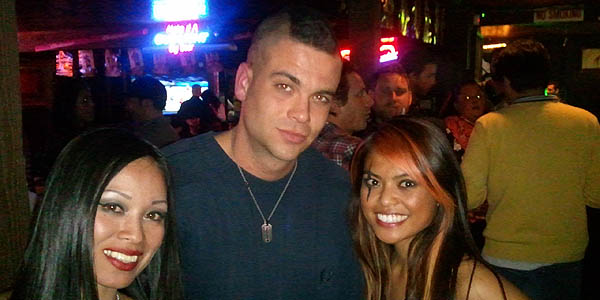 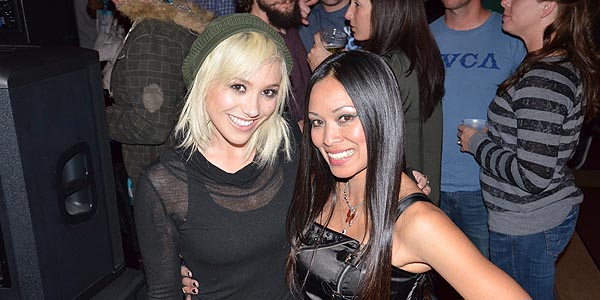 BC joined Liquid Blue on stage for the first time since 2003, singing the hit she wrote for Beyoncé, “If I Were A Boy”. She was in Big Bear filming a new TV series. Her debut LP on Jive Records should be released soon. BC is a former BlueGirl who was signed to a recording contract by none other than Clive Davis of Sony Records. Mr. Davis was responsible for discovering/singing Janis Joplin, Pink Floyd, Santana, Bruce Springsteen, Aerosmith, Whitney Houston and many more. BC Jean is in good company! She is pictured here with DJ Layla. 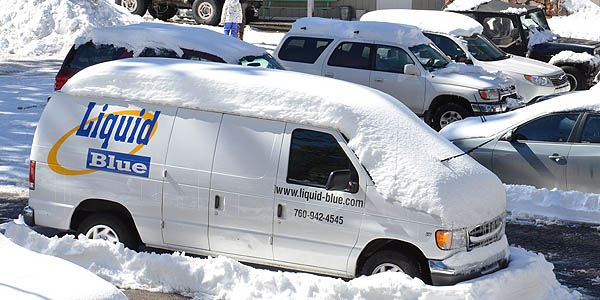 A storm hit Big Bear the during the bands visit. Liquid Blue did three shows to packed houses at Chad’s Place.
Band Performs at The Highlands in Hollywood