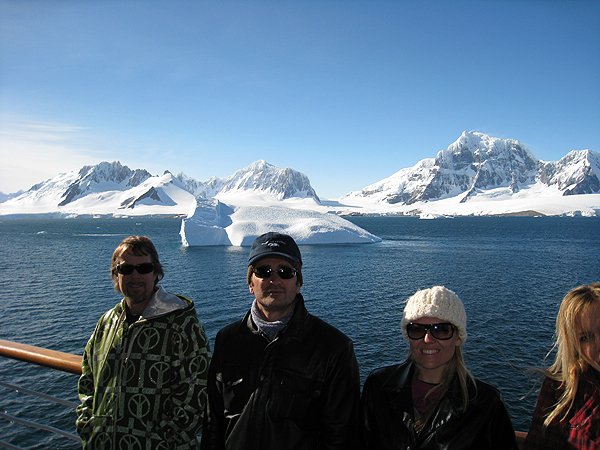 Liquid Blue is likely the first and only band ever to travel to all seven continents. While there are no “land gigs” on the frozen continent, the band performed aboard the Star Princess cruise liner after making the request for the itinerary that included Antarctica. Liquid Blue band leader Scott Stephens went on a landing expedition to King George Island on March 13th. The band performed aboard the Star Princess while is was just a few miles off the coast, which is considered official territorial waters. See photos.