Liquid Blue performed two shows in Papette, the capital city of Tahiti. With several Liquid Blue songs in rotation on Tahitian radio, 3500 fans came out to witness the 2nd performance. The band was even invited to meet the Tahitian president and had been asked to return for more shows in December! The poster shown above could be seen on almost every building in the city. To the right is one of the many newspaper articles (in French language) raving about the band. Click here to view photos from the Tahiti tour. 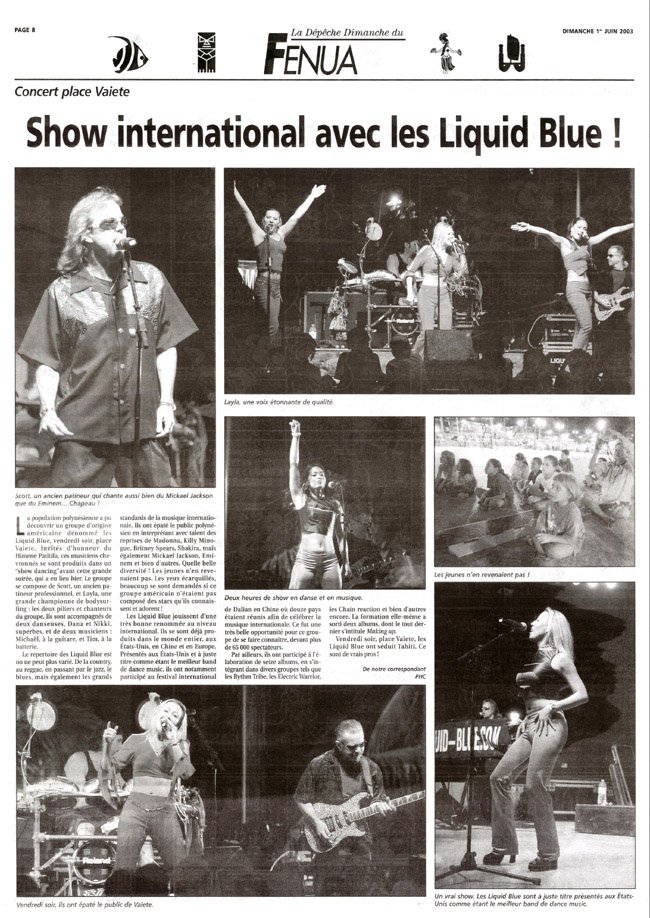