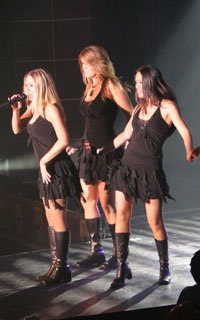 Europe has become one of the band’s favorite destinations and this summer the band will spend 5 weeks in the Baltic region as well as the British Isles. Countries include England, Scotland, Ireland, Wales, France, Norway, Belgium and Denmark. There will be stop in Paris and London. The band has visited all of these countries on previous tours and have now visited 48 of Europe’s 53 countries. See Europe touring history and photos.