The World’s Most Traveled Band

These are in order by the date of the first performance in each nation.

To view a complete list of cities Liquid Blue has visited, along with links to photos, click here. 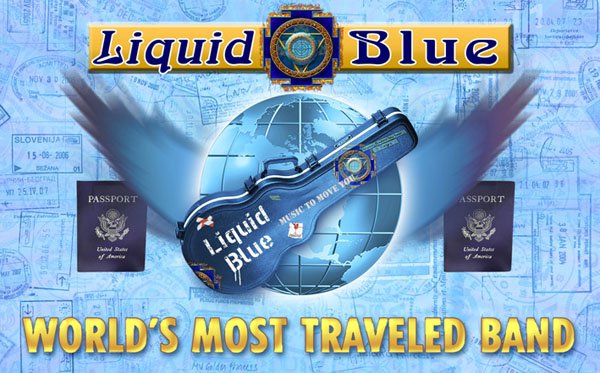 and has been certified as the 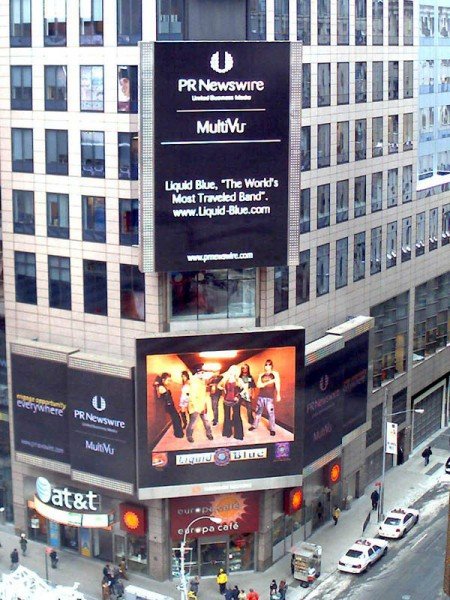 Music has been the vehicle that has taken the members of Liquid Blue on an unprecedented journey around the world. The band has played clubs, arenas and even stadiums in Asia & Europe in support of their original music. Touring in the USO program has taken the band to the Middle East and military bases worldwide. The group has even performed aboard cruise liners in places such as the Caribbean and elsewhere. 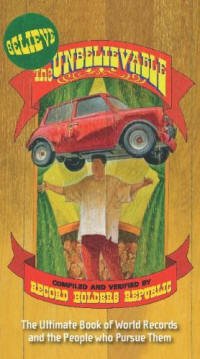 Liquid Blue’s world record was published in this book in 2011.

With 100+ countries visited, Liquid Blue lays claim to the title of the world’s most traveled band. A startling comparison would be the Rolling Stones, a band that has toured together for over 40 years. From 1962 to 2007, the Stones visited 40 countries. Liquid Blue visited 100+ countries in seven years, from 2001 to 2008. About one-fourth (26) of these countries were visited on USO (Armed Forces Entertainment) tours of U.S. military bases. Of all the countries visited, the band played on land or in the territorial waters of all but 8 of them. These countries were visited on side trips in between dates or after the conclusion of a tour and are not counted towards the official record. Even if you remove countries in which the band performed in the official territorial water of that country, Liquid Blue still remains among the top traveled bands in history. The band has performed in the majority of the nations (77) as a six or seven member unit. The rest of the countries were visited as a duo (Acoustic Blue). Liquid Blue’s founding members, Scott Stephens and Michael Vangerov, are the only members to travel to ALL the countries. See the table below for a detailed analysis of each and every country visited.

Viewing The Tour Photos and How To Use This Page

Scroll down and you will find a list of every country, state and city Liquid Blue has visited along with links to photos, both on stage and off stage. The cities section (part II on separate page) provide direct links to photos from every city the band has visited, in order, from 1996 to the present. The list of countries (just below) has links to the “country page” with a list of cities and links to photos. Photos are always contained on city pages.

Liquid Blue has performed in ALL of the major cities in the United States. A major league city has at least one pro sports team. The pro sports are MLB (Baseball), NFL (Football), NBA (Basketball), NHL (Hockey), MLS (Soccer). Cities are listed in order of population and the number of pro sports teams is listed next to city name.

Liquid Blue has performed in every imaginable venue, from stadiums to street corners. Here is a list of the types of venues the band has performed at: Stadiums, Arenas, Theaters, Amphitheaters, Casinos, Fairs & Festivals, Night Clubs, Cruise Ships, Military Bases, Hotels, Prisons, Churches and even a few Coffee Shops. See our list of public venues.

Although the current standard band configurations consists of eight (8) members, the group has performed from one (1) to fifteen (15) performers. Shows listed on the above charts as “Acoustic” refer to either an acoustic duo or trio. Most of the bands shows from 1996 to 1999 included four (4) or five (5) members. From 2000 to 2015 the band normally performed with seven (7) members. From 2016 and forward, the band normally performed with between 7-12 performers.

What is a country?

In political geography and international politics a country is a geographical entity, a territory, most commonly associated with the notions of state or nation. In common usage, it is used casually in the sense of both “nation” and “state”. Definitions may vary. There are dozens of non-sovereign territories which constitute geographical countries, but are not sovereign states. Several states have overseas dependencies, with territory and citizenry separate from their own. They are sometimes listed together with states on lists of countries.

Note: Each and every country listed in the above table is listed as either a “country” or “nation” on many official lists. All countries that we’ve also listed as territories are not recognized by the United Nations as states but many are still recognized as countries due to portions of self-government. All are considered “nations”.

A state is an independent territory with a government, a population, and sovereignty over these. A state is synonymous with “Country”) The entire landmass of the Earth, along with coastal seas is considered to be divided among such countries. There are currently 193 states recognized by the United Nations — its 192 members and the Vatican City. In addition to these, there are other non sovereign territories which, under the philosophy of self-determination, wish to be considered countries in this sense.

A nation is a ‘set of people with a common identity who have formed a nation-state or usually aspire to do so. In this sense of country, the reference is more likely to be to a group that supposedly shares a common ethnic origin, language, religion, or history (real or illusory). The term has become synonymous with ‘country’ where nations without sovereignty (that is, nations that are not states) have aimed to identify themselves on the same terms as sovereign states.

Difference between a “nation” and a “country”

While the terms country and nation are often used interchangeably, there is a difference. A country is a self-governing political entity while a nation is a tightly-knit group of people which share a common culture. Each and every “country/nation” on the colorful table above are most certainly “nations” but not all can technically be considered “countries”. A good example might be Puerto Rico. It’s not a country since it is a U.S. territory but it is certainly a nation and competes in the Olympics as such (not as part of the USA). So technically speaking, at the time of this writing (2012) Liquid Blue has visited over 100 nations but slightly less than 100 countries.

Four of the constituent parts of the United Kingdom, which itself may be considered a country in the sense of this article, are called first order administrative areas and sometimes referred to countries in their own right: England, Northern Ireland, Scotland and Wales. Northern Ireland is also sometimes referred to as a province of the United Kingdom.

Note: Both the UK and it’s constituent countries can be considered “countries”.

Territorial waters, or a territorial sea, is a belt of coastal waters extending at most twelve nautical miles from the shore of a littoral state that is regarded as the sovereign territory of the state.

A sovereign state has complete jurisdiction over internal waters. Territorial waters extend up to 12 nautical miles (22 km) from the mean low water mark adjacent to land, or from internal waters, as per the 1982 United Nations Convention on the Law of the Sea.

Note: All of the Liquid Blue “Cruise Shows” were in territorial waters of a listed nation. Also, in every case not only did the band perform at least a portion of their show while the ship was in territorial waters, but also visited the country on foot by day. Another important note: Even if you eliminated all the non-land shows from the totals, Liquid Blue has still performed on-land in more nations than any other act and this includes the Rolling Stones.

Although Yugoslavia is no longer a nation, Liquid Blue visited the area when it was still “The Federal Republic of Yugoslavia” (1992-2003). Prior to that, Yugoslavia was a nation with various official names since 1918, all of which contained the name, Yugoslavia.

All countries listed as “side trips” were visited (but not performed in) by Liquid Blue during off time while on tour in other countries. These are counted as “nations visited” since they were in fact visited while the band was on tour.